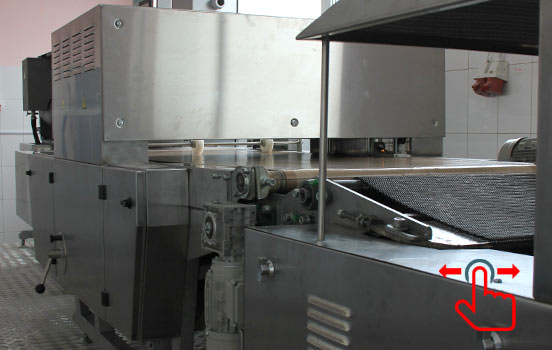 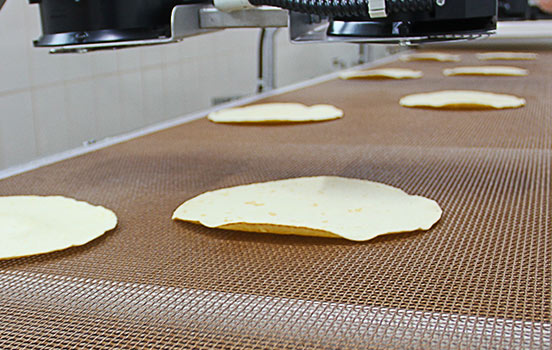 There is a wide range of equipment for the production of tortillas in various sizes. The fully automatic industrial tortilla machine from UTF GROUP is the best solution for those who want to set up or expand their Mexican tortilla production. 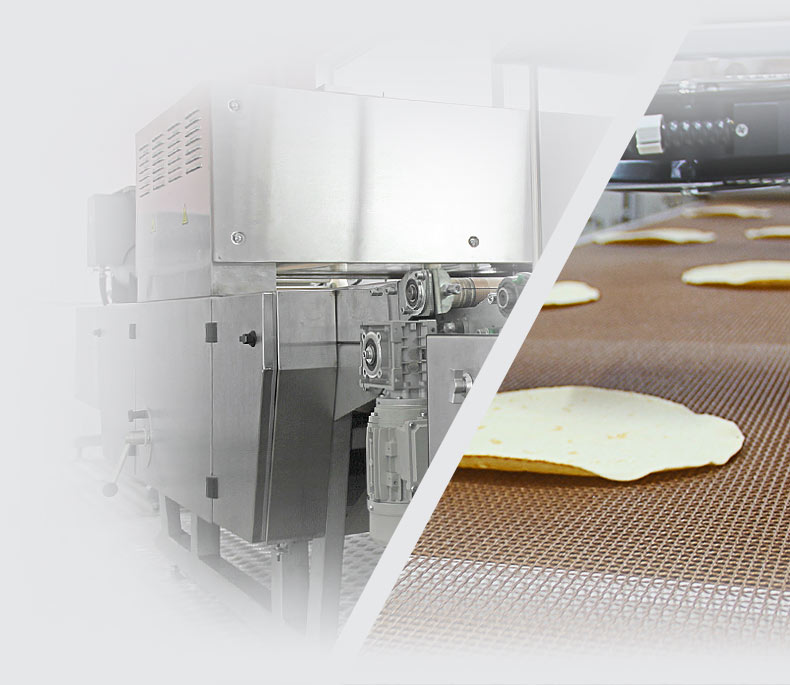 SELECT THE TYPE OF TORTILLA YOU ARE INTERESTED IN: 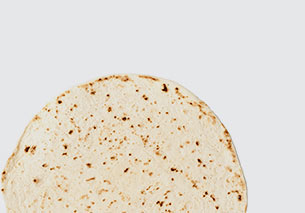 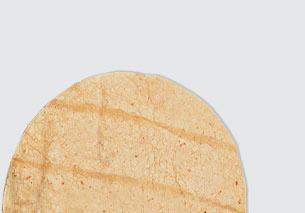 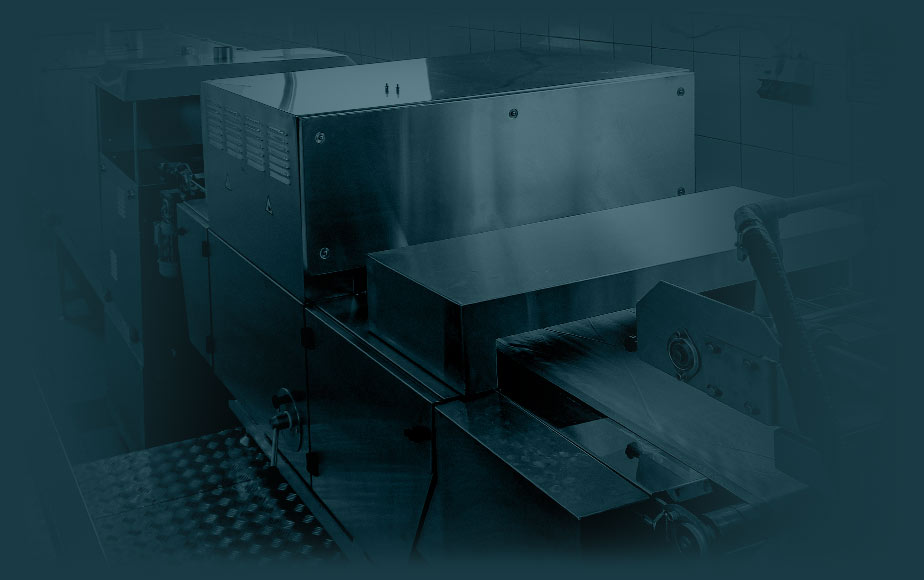 UTF GROUP - ukrainian manufacturer, developer and designer of equipment for the production of tortillas 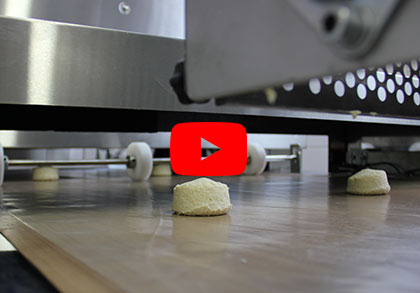 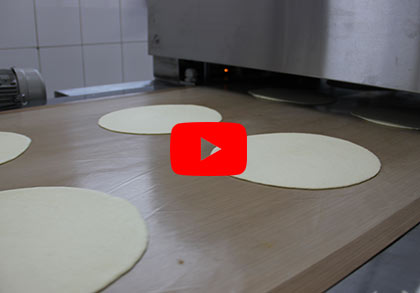 LINE FOR THE TORTILLA PRODUCTION BY UTF GROUP

After the dough is loaded into the bunker, it is pumped by screw feeders into the divider heads, where steel string separates the portions of the dough. The machine’s design ensures uniform feeding allowing to achieve high weight accuracy and stability of the portions to be separated. 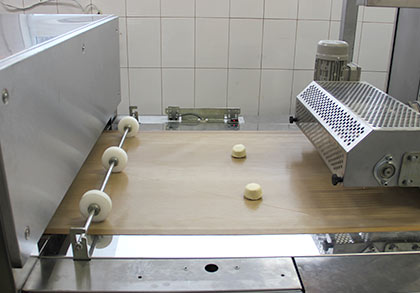 Automatic heated tortilla press performs formation of dough pieces of a given thickness and diameter. Its design and dimension allow to obtain tortilla blanks with high accuracy of the size and shape 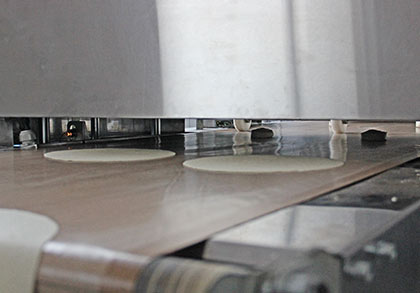 Dough pieces are fed into a compact two-level tunnel oven, which allows you to get a product of excellent quality, evenly baked on both sides. 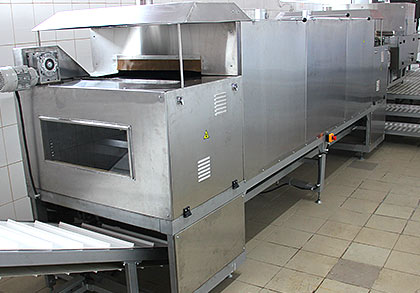 CONTROL OF THE OVEN

The oven is equipped with temperature controllers allowing to regulate baking zones in a wide range. The conveyor speed and product baking time are also adjustable. 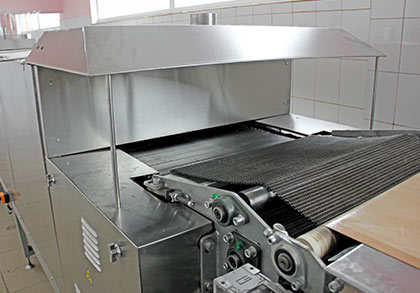 After baking, finished products are cooled on conveyors. The number of tiers, dimensions and arrangement of conveyors are determined individually, depending on the production space available. 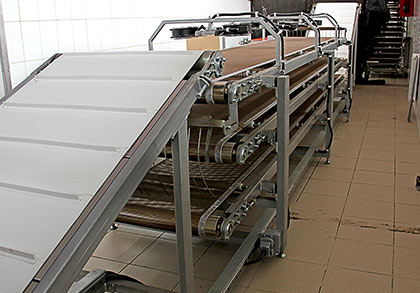 To obtain dough for tortilla, pre-prepared raw materials are served, being dosed manually or by means of automatic dispensers according to the recipe. 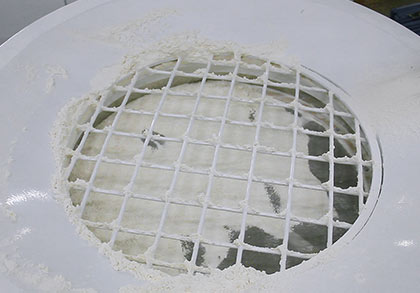 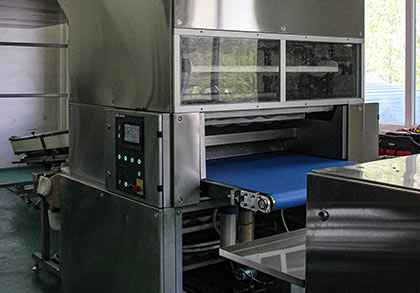 It is possible to install a special two-row stacker, which groups the tortilla into two stacks with automatic feeding to the packaging. Products counting and number adjusting are programmable 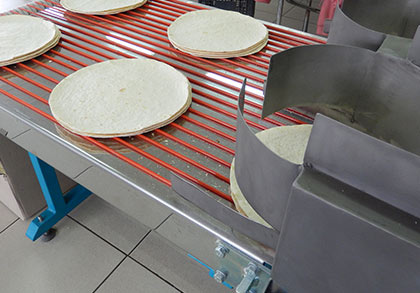 THERE ARE TWO WAYS TO PRODUCE WHEAT TORTILLA:

It is an automation of the traditional technology for tortilla making: the dough portion is pressed and then baked. Such tortilla is in demand as a ready-made food product. 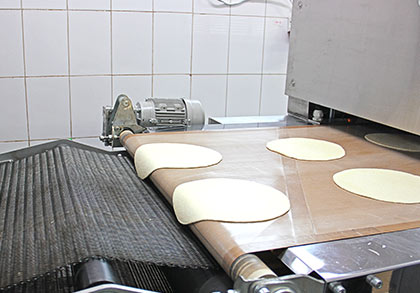 The second way is to cut a blank from a dough ribbon. In this case, products of a stable size with smooth edges are obtained. This tortilla is in high demand in fast food industry. 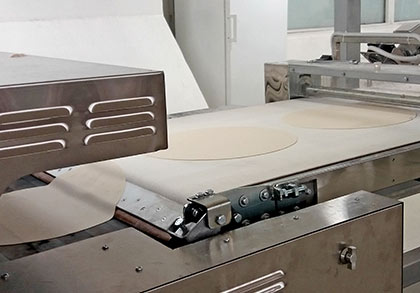 Due to the large diameter and small thickness, the weight of the products and the cost of the product are significantly reduced, while maintaining consumer properties. 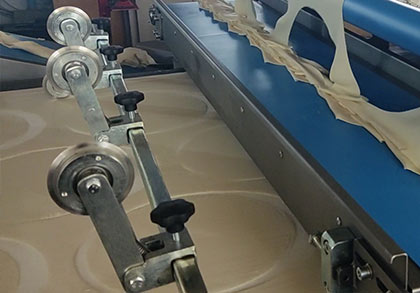 UTF GROUP manufactures equipment for making tortilla both by pressing and by cutting out tortilla blanks from the dough ribbon.

The corn for tortilla is washed and fed into cooking kettle with stirrer, where it is boiled in water with the addition of lime. The mixture obtained in the kettle is fed into tanks where it is aged for 12 hours at a temperature of 60°C. 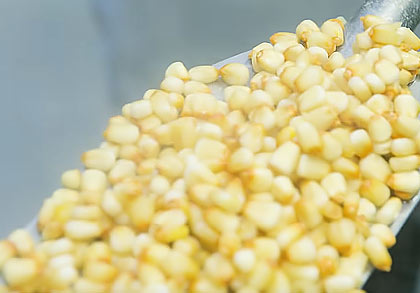 After settling in tanks, the corn is fed into drum washing machine, where it is cleaned from the hard shell. The cleaned grains go to a single-stage mill, where it is converted into nixtamalized cornmeal (also called masa). 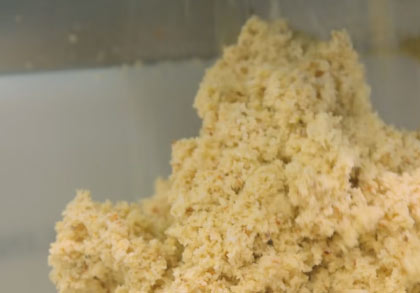 The ready corn masa is fed into a forming machine, which molds and places dough pieces of corn tortilla of a given size on a conveyor belt. The size of the blank is determined by the changeable forming drum. 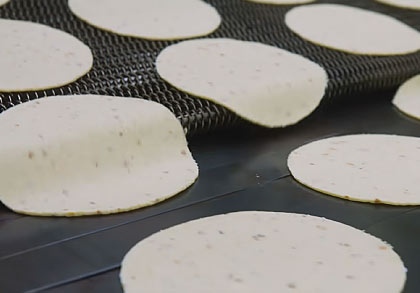 By means of landing conveyor tortilla blanks are fed to the three-level tunnel oven, in which they are baked for 4 minutes. After baking, finished products are fed to the upper level of a multi-tiered conveyor for cooling and subsequent packaging. 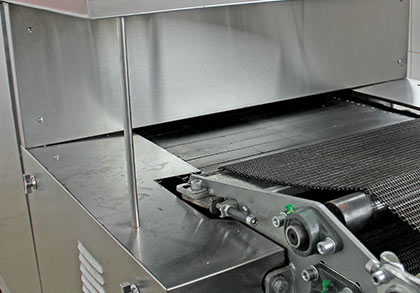 Ask quotation of the line
and additional equipment? 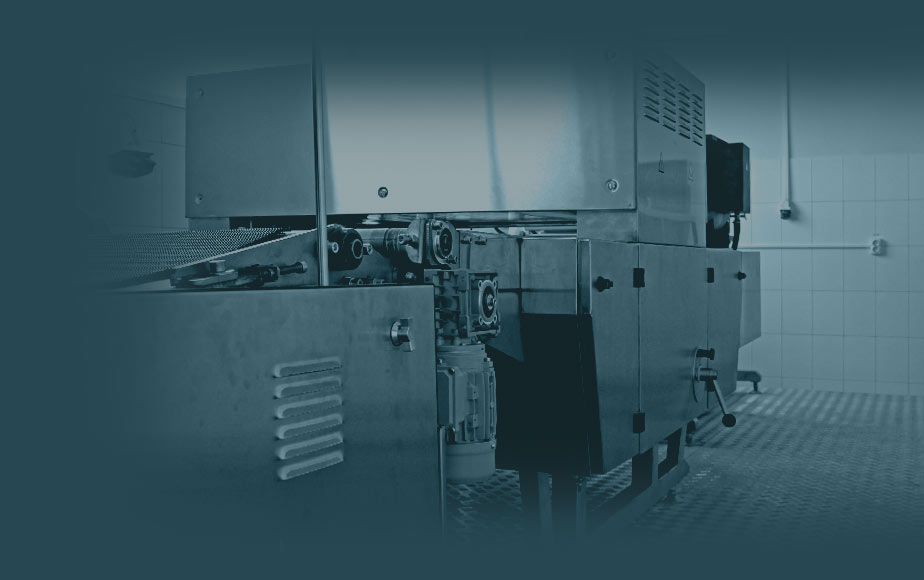 Mexican tortilla is considered to be made of corn flour only, but in some regions of Mexico wheat tortilla has also a long history.

The wheat tortilla is now widely used not only in the preparation of traditional dishes of Mexican, Spanish and Latin America cuisine but also in many other dishes. It is used directly as a snack, it is added to soups and salads, various fillings are wrapped in it.

In retail stores and fast food chains the range of sold tortilla is increased at the expense of additional flavors – cheese, spinach, green onions and others.

Production of healthy food is a new trend in the world food production. In accordance with it, tortilla manufacturers have begun to produce gluten-free, low-calorie, organic and yeast-free types of tortilla.

Due to its elasticity, durability, the possibility of freezing and long shelf life, tortilla is widely used in fast food in the production of beefrolls, donner kebab, burrito etc.

Any questions about the project? Are you interested in
equipment? Would you like to know the price? request quotation